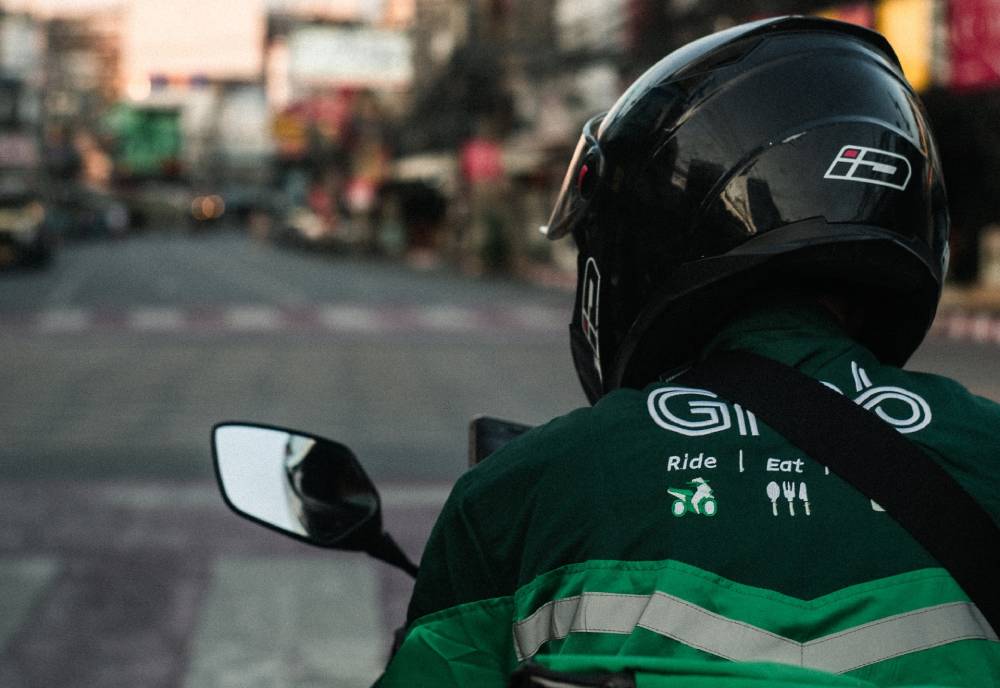 The rise of the gig economy has made it easier than ever for anybody with a car to find work and to be their own boss. With options from rideshare to delivery, freelance workers are enjoying the ability to set their own schedule and work as much or as little as they want.

With large gig economy companies like Uber, Lyft, Instacart, and DoorDash, there are several different apps and services that are giving independent contractors opportunity to make money. Compared to others, many gig economy workers prefer Grubhub because they can offer drivers guaranteed minimum pay per hour in some locations, which gives drivers comfort that they won’t waste their time on slow days.

Grubhub has been around since 2004, and in 2013 the company merged with Seamless to expand into over 4,000 cities across all 50 states. Offering drivers the ability to accept or reject orders within their scheduled blocks of hours, many gig economy workers prefer Grubhub over alternative rideshare or on-demand delivery companies.

Getting started with Grubhub is easy. In this article we are going to cover how to sign up to become a Grubhub driver, as well as discussing the pay rate calculation that determines earnings, some of the benefits and downfalls of working for Grubhub, and finally we will cover how much Grubhub drivers make.

How to Become a Grubhub Driver

The application process to become a Grubhub driver is quick and simple. If you have a valid driver’s license, the minimum level of insurance to legally drive in your state, and you can pass a background check, once you complete the online application, you can be driving for Grubhub in no time.

The online application will verify that you have a working mobile phone, allowing you to access the Grubhub app. Next, you will verify your age. You must be 19 years old to drive for Grubhub, except for certain cities, like Chicago, that require drivers to be 21.

After your application process, you will ether complete an in-person training interview or an online training and onboarding session. The training and interview will go over the ins and outs of driving for Grubhub. After the training, you’ll receive your Grubhub uniform and delivery bag, and you’ll be ready to start driving.

Unlike other gig economy companies, Grubhub requires drivers to set up their hours, or blocks, ahead of time. Once you sign up for a block of hours and set up a delivery area, you will be able to start taking order offers. Once you see an order offer, you can accept or reject the order based on the vendor, the location of the pick-up or drop-off, and the estimated earnings for that order.

Most Grubhub orders are paid for through the app, but some orders will require the driver to pay upon pick-up. Grubhub provides drivers with a pre-paid Grubhub Driver Card, which loads up with money once the customer places the order in the app.

Unlike other on-demand delivery apps that might pay a base rate per order or by hour, Grubhub pays their delivery drivers based a formula that consists of mileage per order, time spent driving, tips, and any special offers from bonuses, challenges, or sweepstakes.

When it comes to their tips, Grubhub drivers get to keep 100% of their tips, with no deductions.

There is no base or flat hourly pay for Grubhub drivers, and since every order will be a little bit different – from distance travelled to time spent – every order pays differently. What makes Grubhub great for gig economy workers is that you can accept or reject any order; allowing you to decide which orders are worth your time and which ones aren’t.

One benefit that Grubhub offers drivers is an hourly minimum pay, which is advantage in certain areas. If drivers take advantage of scheduling their hours ahead of time, they can accept a minimum hourly pay – however, in order to earn this rate, drivers must accept a certain percentage of offered orders during their scheduled block.

Unlike other rideshare services or gig economy companies, Grubhub requires drivers to schedule their hours ahead of time. Called “blocks” – drivers select the hours that they want to work, and then have access to orders to accept or reject during their blocks. In order to determine who has access to sign up for desirable blocks and preferred jobs, Grubhub has a Driver Recognition Program.

Downfalls of Driving for Grubhub

All jobs have their disadvantages. Some Grubhub drivers complain about excess vehicle wear and tear, which comes from the miles stacking up on their vehicles. Additionally, unlike other rideshare and on-demand delivery companies, Grubhub requires drivers to schedule blocks ahead of time. These time blocks are reserved on a first-come, first-serve basis, and drivers who are in higher levels in the Driver Recognition Program have first dibs on access to new blocks.

In addition to not having priority access to new blocks until achieving higher level status, Grubhub also penalizes drivers for missed, rejected, or dropped orders. In addition to impacting driver statistics and Recognition Program level, a driver’s rating score can decrease, which will lower the number of orders available for them to accept during their blocks.

Another downfall reported by Grubhub drivers is the inconsistent pay as an outcome of the fluctuations in order quantities throughout days and weeks. Depending on the location that drivers are driving in, the weather, how many other drivers are working, and what might be going on in the world on any particular day – there are a number of factors that influence the job and the pay.

There are certain strategies that will increase pay for Grubhub drivers during their blocks. One tip is to take advantage of bonuses – sometimes there are certain bonus offers, like an additional $10 for every three deliveries, which are available as long as drivers accept a minimum number of offers during the scheduled block. Typically, the minimum number of orders is around 70-90% of the available orders during a specific scheduled block.

Another tip for Grubhub drivers is to strategically accept (or reject) orders. You don’t have to accept every single order. Sometimes, it doesn’t make sense to accept an order – maybe the vendor is too far away, or the customer lives in an undesirable area.

Before taking an order, Grubhub gives drivers a chance to see the general location of the pickup and drop-off areas, and it will show the estimated total pay that the driver will earn for the order, including tips. This gives drivers the opportunity to accept or reject orders depending on what makes the most sense for their schedule.

Another tip for drivers is to schedule their shifts. Grubhub gives drivers the option to either schedule their shift in blocks ahead of time, or to just get on the app and become “available”. By scheduling blocks of time to drive, drivers can hold themselves accountable, which can prove difficult for freelance workers in the gig economy.

The Bottom Line: How much do Grubhub drivers make?

Based on average data from different sources, the typical Grubhub driver reports making about $12 per hour, before tips. Based on a 40-hour work week, this could equate to about $23,000 to $25,000 per year, not including tips.

These rates will vary depending on location – more busy areas will most likely provide a higher hourly pay for Grubhub drivers compared to more rural areas with less people and potential orders. Additionally, Grubhub does not provide a limit to how much can be earned for drivers, so those who provide consistent exceptional service have the potential for earning even more.